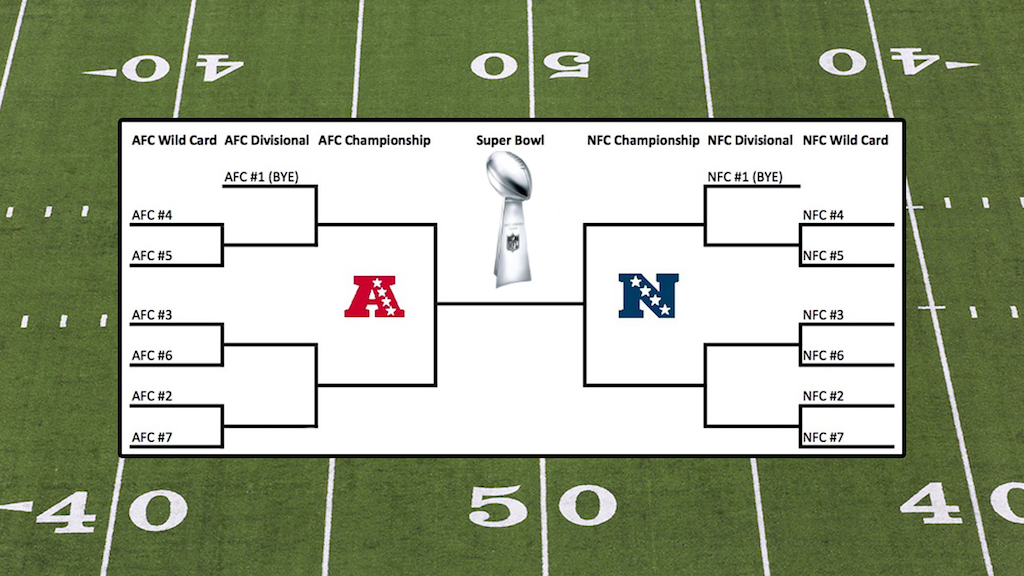 It’s time to talk about 2020 NFL Playoff betting. With just one week left in the NFL season, only the Kansas City Chiefs have secured their seeding for the playoffs. With a late touchdown against the Falcons, Patrick Mahomes and the Chiefs locked down the top seed in the AFC.

A 14-1 record gives the Chiefs a first-round bye and home-field advantage throughout the playoffs.

In the NFC, the top seed is still up for grabs, with the Packers, Seahawks and Saints in contention. Green Bay controls its own destiny, with a win over the Bears ensuring them a week off.

EARN BETTER REWARDS FOR YOUR FREQUENT SPORTS BETS AT HRWAGER.AG

The Seahawks need to win their game and have the Bears defeat the Packers.

The Saints need to win, have the Bears win, and also need Seattle to beat the 49ers to create a three-way tie. New Orleans would then have the best conference record among the three teams, giving them the top seed.

With all of the seedings up in the air, 2020 NFL Playoff betting will have to wait another week for any matchups. We’ll be waiting for the updated Super Bowl LV futures.

In the AFC, the Buffalo Bills, Pittsburgh Steelers and Kansas City Chiefs have sewn up their divisions. No other playoff spots have been secured. Five teams, all at 10-5, are competing for the remaining four positions.

Green Bay, Seattle and New Orleans have all clinched NFC division titles. Tampa Bay, behind ageless quarterback Tom Brady, is in as a Wild Card team. The seedings will be determined by the outcome of the Week 17 games.

The Tennessee Titans can lock up the AFC South title with a win at the Houston Texans. Even if they lose, the Titans can still win the division if the Colts stumble against the Jaguars.

A loss by Miami or Baltimore guarantees the Titans a spot in the postseason.

In addition to the Titans, three other teams control their own destinies. The Dolphins, Ravens and Browns just need to win Sunday to punch their ticket to the playoffs.

Even with a win, the Colts will need one of the other contenders to lose to make the postseason.

Beyond all of them winning, there is a myriad of possibilities depending on how the games turn out.

It’s certain that one of the contenders will be watching the other four on television come playoff time. This is one of many games that will have an impact on 2020 NFL Playoff betting.

The NFC East still has three of its four teams in contention for the division crown. Washington, hot off the release of quarterback Dwayne Haskins, just needs a win over eliminated Philadelphia.

If Washington loses, then the winner of the game between the New York Giants and Dallas wins the division. Anyone betting on football this season knows that the NFC East has been a trainwreck.

For the Cardinals, Rams and Bears, two of them will advance to the postseason with one left out. They all control their own destinies, with a win continuing their season. The Cardinals and Rams play each other, with the Cardinals having to win.

With all of the possibilities, playoff betting is up in the air until the completion of Week 17 play.