An Inside Look at College Football Recruiting 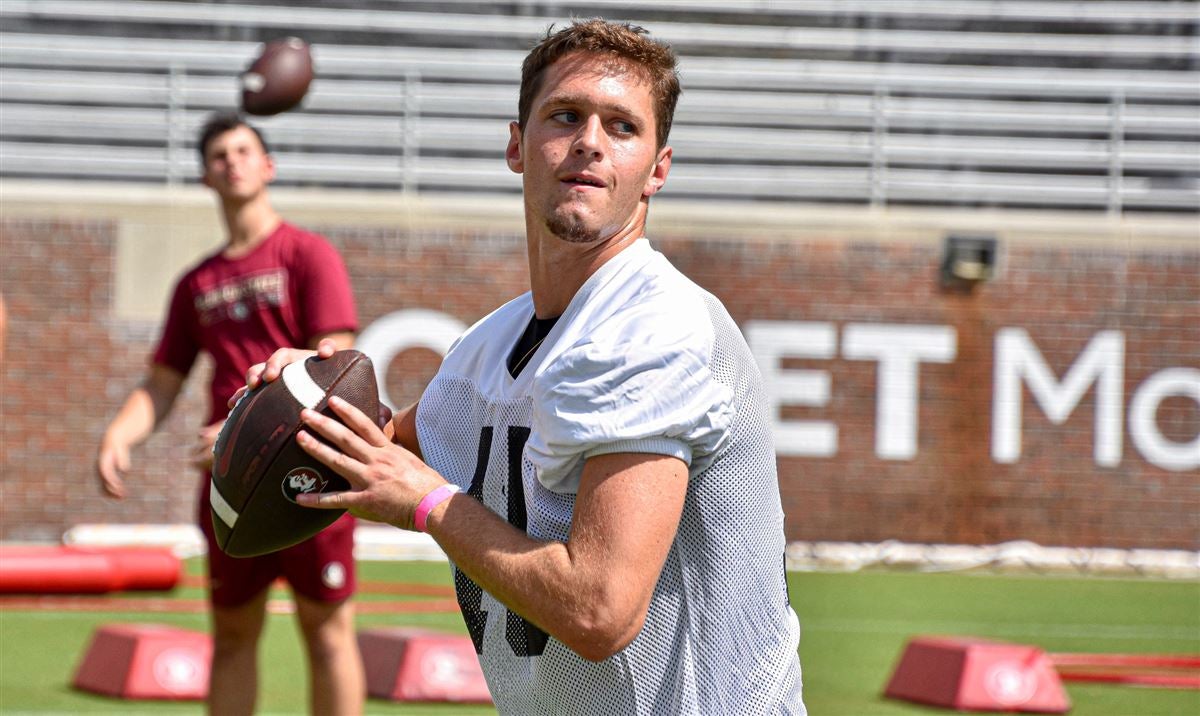 Here is an inside look at college football recruiting.

– For athletes, the two most important things in college football recruiting are not what they think.

– Understanding the college football recruiting process is important for athletes and their families.

An Inside Look at College Football Recruiting

Once the NFL season ends, for example, the upcoming draft takes center stage. It’s similar in college football where once a season is over all eyes turn to the recruiting process.

What’s the process really like? Here’s an inside look into what has become a sport in itself.

The NCAA established its calendars and recruiting guidelines for college football to outline when and how college coaches might contact student-athletes. The rules were put in place to protect high school student-athletes from receiving too much contact from colleges.

There are a number of factors involved in the college football recruiting process. However, no two things are more important for the potential prospect than measurables and film.

College coaches want things they can measure – height, weight, 40 time, pro shuttle, bench press, etc. An offensive tackle prospect has a much better shot at getting on the college radar if he is 6-foot-6-inches tall compared to the guy that is 6-2.

The other major factor is film. Players must have great film. When a college coach identifies a potential prospect via his measurables, he will immediately want to see that player on film. That places extreme importance on a prospect’s highlight tape.

To increase an athlete’s prospects in the college football recruiting process, it is recommended the highlight video be professionally done. National recruiting expert George Yarberry has done thousands of highlight videos for athletes over the past 25 years. He has even written a book – Football Recruiting Guide – Create the Perfect Football Highlight Video.

If an athlete has the measurables, a great highlight video will open many doors. Don’t leave the video to chance.

While the focus here is on NCAA Division I – FBS and FCS – football, there are far more scholarship opportunities at the different levels of college football. The NCAA also has a Division II where schools are allowed a maximum of 36 scholarships. Depending upon the rules of each respective conference, those 36 scholarships may be divided however coaches see fit. That means players can receive partial scholarships.

There is also the NAIA (National Association of Intercollegiate Athletics) which has a scholarship cap of 24. NAIA schools may also divide scholarships. The NCAA Division III level does not allow schools to offer athletic scholarships, though student-athletes may qualify for grants and other awards that offset the cost of attendance.

As mentioned previously, college coaches are looking for certain measurables. The most important measurables may vary by position. A wide receiver’s 40-yard dash time, for instance, is a little more important than an offensive lineman’s time.

There are numerous opportunities – we will mention those later – where prospective recruits have the opportunity to be measured. Tests include the 40-yard dash, broad jump, pro shuttle, and more.

Why not “study” for those tests?

The same is true of Power 5 Football Training. Prospective recruits’ posoitional skills are evaluated. That means positional training is an important part of the college football recruiting process. Power 5 Football Training provides that training in both individual and group settings. Power 5 coaches and trainers have all played and/or coached at the highest levels of the game.

The bottom line is this – understand the college football recruiting process and ace the test!

As mentioned, prospective recruits will have numerous opportunities to put their talents on display. There are thousands of camps and combines – similar to the NFL combine – where high school players are tested. Their performance at a camp or combine can make or break their prospects of getting a college football scholarship.

That is why it is of the utmost importance for recruits to prepare and prepare properly for these events. Ultimately, the two most important things when it comes to college football recruiting are measurables and film.

An outstanding performance at a camp or combine will prompt college coaches to go and look for film. A professionally done highlight video will help to continue the recruiting process.

The cost of these camps and combines adds up and no student-athlete can go to all of them. However, recruits can bring the camp/combine to any coach, anywhere. Elite Football Network provides workout video services. These are similar to an NFL pro day workout and allow coaches anywhere to evaluate an athlete at their convenience.

Eventually, many of the top recruits in the country will live their dream when they are drafted by an NFL team. Learn more about betting NFL draft props.

The top high school football recruits in the Class of 2023 all have a number of things in common. The biggest two are these – positional measurables and great film.

Arch Manning (Isidore Newman HS) is the top recruit in the country and while he is the nephew of Hall of Famers Peyton and Eli Manning, Arch is 6-foot-4 and has been producing great film throughout his high school career. That’s why he received numerous scholarship offers and committed to play at the University of Texas.

The No. 2 prospect is Cormani McClain (Lakeland HS). As a cornerback, McClain is 6-foot-2 which makes him a target. College coaches love big, long corners. McClain runs the 40-yard dash in 4.5 seconds, the pro shuttle in 4.3, and has a 10-foot broad jump. Having these measureables helps in the recruiting process. Add in great film and you have a top prospect that has 25 college scholarship offers.

Getting to where these student-athletes are is not easy, but it is possible. Understand how you’re being evaluated, train for those evaluations, train your position, and reap the benefits of that training!