Big 12 Equality in the Power Five? 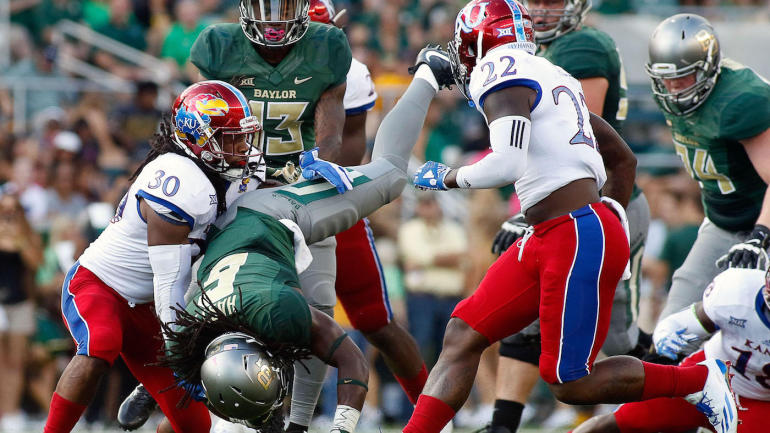 An issue of Big 12 Equality in the Power Five conferences might finally be solved this season.  Good afternoon and welcome back to APEX Football Betting.  We look at the conference that is on the lower rungs of the ladder for consideration into the College Football Playoff.  With the SEC being king, the other four leagues usually have to fight for three remaining spots.  Big 12 missed out one time already with Oklahoma bombing in the other edition.  However, steps by the conference itself are trying to remedy the situation.  Let us see what these moves are and will it improve their national championship futures value right now at APEX Football.

The start of the 2010’s were unkind to this conference.  This time saw four teams defect from the ranks to three other conferences.

The Big 12 added just TCU and West Virginia to the ranks in response to these moves.  This was not enough and lead to the panic move of the conference canceling their championship game.  The lack of the title tilt was a main factor in TCU and Baylor missing out on the first national championship cycle.  Well, the situation has been remedied.  Starting this season, the Big 12 Conference Championship is back.  A step in the right direction with a boost to the Strength of Schedule component for the final four of football.

Now the Big 12 commish announces that they are lining up perspective additions to get to 12 teams or even more. BYU and Houston are the most sought after.  Colorado State, South Florida, and the Bearcats of Cincinnati are also in the running.  The larders are full at the AAC but theyt require 27 months notice and a buy out.  A hefty price to pay but one that is necessary for the Big 12 to stay in the ranks of the Power Five.

Large leagues benefit the fans in this case.  Had each conference automatically gotten on team in then this would not be the case.  However with five equal combatants with four chairs, there will be an odd man out when the music stops.  This debate each and every year will increase the status of the college football playoff process.  Good fortune to your sporting investments today and we will see you next time here at Apex Football Betting.