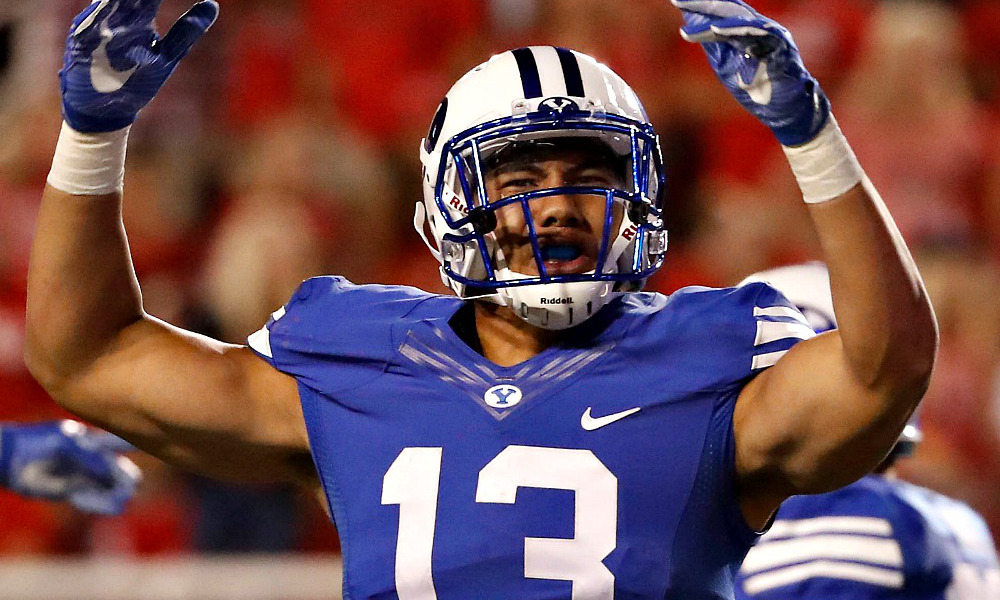 College Football Season Win Totals is a popular and profitable investment that gives one both entertainment and profit value over the course of the entire year.  Good Afternoon APEX Football Betting fans. There has been a recent trend of college football teams to up the ante in scheduling their opponents.  The SOS factor has been pivotal in keeping a few schools from getting into elite level bowls or the championship playoff.  Today, we look at one that has gone overboard in cranking up the degree of difficulty.

A quick look at this graphic denotes how hard BYU is going to have it in 2016.  Thanks to Spencer Linton on Twitter for this graphic.  Right away we see the pressure that the schedule makers must be under when dealing with an independent school.  Lots of travel cross country with trying to cobble together Power Five conference foes.  They put together one heck of an effort.  Two road games including at Utah to start it off.  Big Ten, SEC, and Boise State are all represented on their docket right now.  The season win total projection is eight with the over in + territory for your investment.

Now most schools would be happy to be blessed with both Taysom Hill and Tyler Magnum.  It was supposed to be Magnum’s year as he subbed for the often hurt Hill last year.  Tyler crushed it with five 300+ yard games and over 3,000 in yards.  However, Tyler announced he is coming back after he graduated.  He has had such injuries that this was possible.  His legs and winning ability is something that can not be grown.  Someone is going to be irked when he does not get the starting role.  This is a very polarizing issue on campus and in the locker room.

There is no happy  middle ground with the QB situation.  Look for chemistry to collapse.  That and the schedule has the under being the correct side of the wager in our opinion.  Be prepared to pounce on this at Americas Bookie as the season gets closer.  Good fortune in all your sports speculation today and we will see you next time here at APEX Football Betting.