Making the Most of In-Game Football Betting 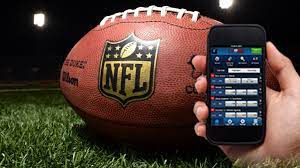 – In-game football betting can help a bettor hedge his bets.

Making the Most of In-Game Football Betting

Many football bettors believe that once the game begins, their work is done. The best sports betting opportunities, however, can frequently be found after a game has already started.

Online sportsbooks are offering more and more in-game football betting options. In many cases, these options can be very enticing. The long-standing halftime wagers, which can even be found in most Vegas sportsbooks, are well-known to many bettors.

However, there are many more options available at online sportsbooks. One of those is live in-game betting with lines that change frequently as the game goes on.

There are some situations where in-game football makes sense. Here are a few.

Injuries During a Game

It goes without saying that the outcome of a football game can be greatly affected by an injury to a key player during a game. With in-game football betting, bettors have the opportunity to capitalize on the injury.

Sometimes less obvious injuries can have just as significant an impact. Typically, an injury to an offensive lineman, for example, will take longer for lines to correct themselves. The lineman’s injury would have an effect on his team’s running game as well as pass protection.

Whatever the injury and whoever the player, bettors can find some value on in-game bets as a result.

MOST RECENT: AN INSIDE LOOK AT COLLEGE FOOTBALL RECRUITING

There have been occurrences during an NFL season where a player gets hurt during the week of practice prior to a game. It can be challenging to predict how that injury will affect a team.

The benefit of in-game football betting is that you can watch a portion of the game to determine the impact of the injury. You can see for yourself what impact, if any, the injury has on a team’s performance. Then, you can place a live bet accordingly.

Since the risk is lower, bettors won’t be able to get quite the same price as they would if they locked in a bet before the game. However, they can still find value.

If you have already placed a wager on a football game before it has begun, in-game betting might give you a good chance to ”middle” a bet.

Middling is possible when oddsmakers make adjustments to a line. For example, NFL games lend themselves to middling. A bettor places a wager on a favorite at -3.5. The line adjusts – explaining football line movements is another discussion – to -4.5.

At this point, the bettor places a wager on the other side of the bet. The bettor takes the underdog at +4.5. In the end, the bettor is guaranteed at least one win and can win both bets if the final scoring margin is 4.

Watching the game live gives bettors a greater opportunity to capitalize on a middling opportunity.

In-game football betting also allows bettors to hedge their bets. If you place a wager before the game but later feel uneasy about it, you can use live betting to fix it.

You take the opposite side of the bet and reduce your risk and exposure to losses. It won’t always work, but when a loss is apparent it’s always more appealing to lose some of your investment rather than all of it.

and it can be very discouraging when you hedge a football bet that ends up being a winner, but when you are headed for a loss, it will always be more appealing to lose some of your investment than all of it.

Football bettors probably don’t often think of doubling down on a bet. However, it is possible with in-game football betting. You liked a certain bet on a game and you had a strong feeling about it as you placed the bet and as the game began.

While watching the game play out, you want to further increase that original investment. You can do just that with live betting. Your opinion on the game was right. Live bets allow you to further leverage your initial wager.

There is an increased risk here, but you are basing your additional wagers on live action.

You have probably seen this before. An NFL or college football game starts with an offensive explosion. The teams light up the scoreboard in the first half. Then, all of a sudden, the defenses tighten up.

There are also games where one team opens up a huge lead only to back off. The team may go to its backups early and the offense takes its “foot off the gas” because it has a big lead.

Oddsmakers frequently have to set their lines and totals with the public’s belief that a game will proceed in the same manner as it has in the past. In-game football betting can be a great way to turn your observations into money. You can see what is happening and you have a better chance of predicting what will happen next.

An engaged bettor that pays attention to the pace of a game can have great success when live betting.