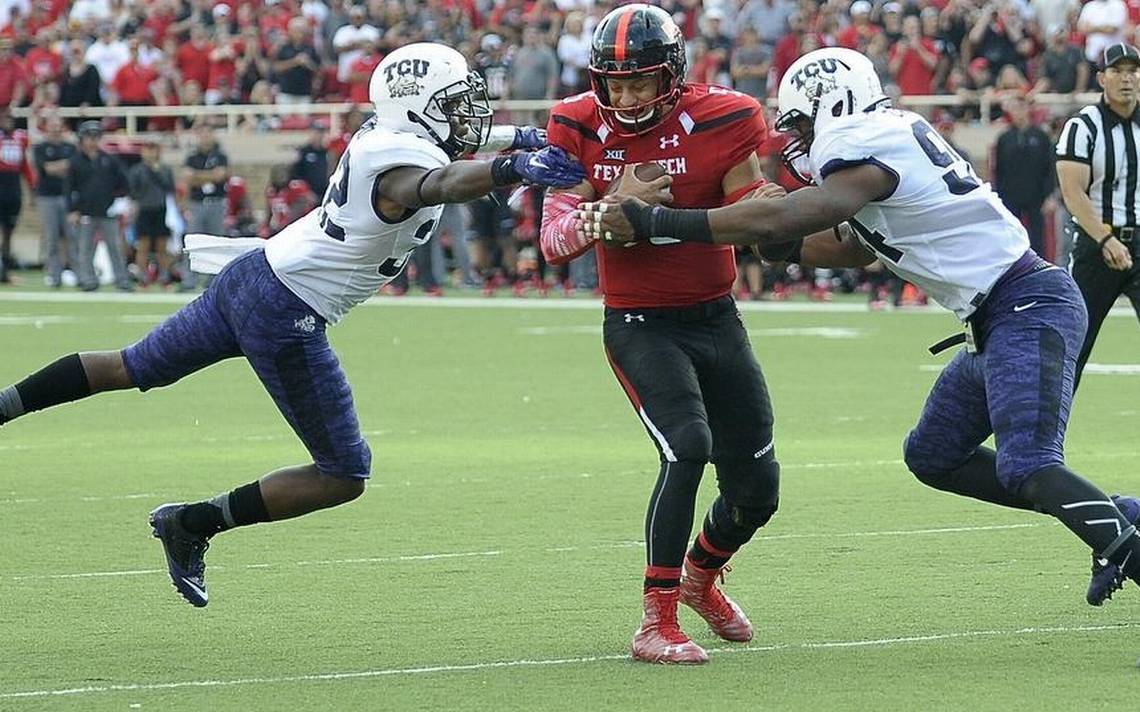 TCU is looking to open with a 4-0 record for the sixth time in the last eight seasons. The Horned

Last year, Tcu’s helmsman Boykin had a TCU record seven touchdown passes and 433 yards in the air, while the Horned Frogs posted school marks for points (82) and total offense (785 yards). Boykin leads the Big 12 this season with 17 passing plays of at least 20 yards. He is also tied for the Big 12 lead with four passing plays of 50 yards or more.

TCU ’s last 23 opponents have combined to complete only 50.0 percent (383-of-766) of their passes with more interceptions (38) than touchdowns (27). TCU is allowing a 52.1 completion percentage this season with two interceptions and two touchdowns. The Horned Frogs held opponents to a 48.5

completion percentage last season with a nation’s-best 26 interceptions and just 17 touchdowns.
The Red Raiders enter the TCU game having won three of their last four Big 12 openers. Texas Tech is 12-7 all-time in Big 12 openers, including a 1-1 mark under head coach Kliff Kingsbury. Texas Tech will be looking for its first victory over a top-five team since Oct. 13, 2012, when the Red Raiders downed No. 4 West Virginia, 49-14, at Jones AT&T Stadium.

Texas Tech enters its fourth game of the year averaging 54.3 points per game, a mark that ranks No. 3 nationally and No. 2 in the Big 12 Conference. Texas Tech boasts one of the top offensive lines in the country as the Red Raiders are one of five teams nationally to not allow a sack this season.

BET33.com offers a large selection of game props on the big NCAA Football games of the day, visit them and make a few extra bucks while you enjoy the games.