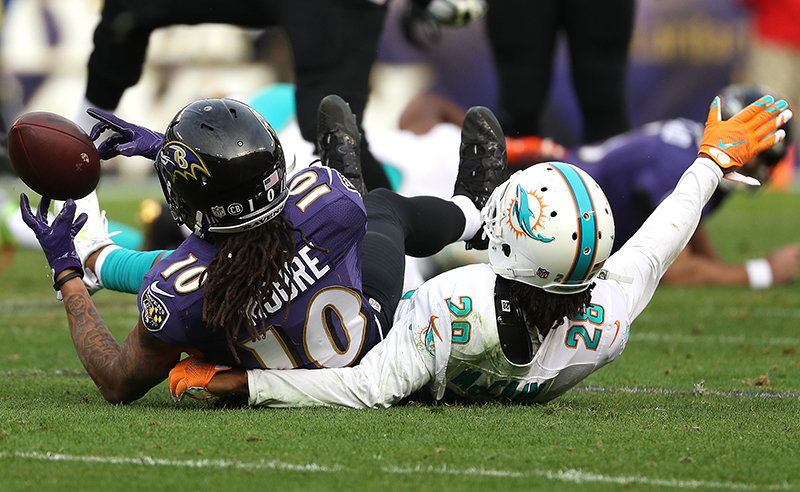 Did last week leave you feeling down, out and broke? Let’s get your NFL betting week started off on the right track. I have the goods to get it started right with a totals wager on the AFC East matchup on Thursday Night.

Week 8 in the National Football League has the Miami Dolphins (3-3, 3-3 ATS) travelling to Gillette Stadium in Foxborough, Massachusetts to play division rival New England Patriots (6-0, 3-2-1 ATS). The Dolphins could for all intents and purposes be eliminated from contention with a loss, so they will be extra motivated.

A Dolphins team that looked uninspired under Joe Philbin has looked rejuvenated and poised to take a second half run at the postseason after new coach Dan Campbell took over during their week five bye.

Miami started the year 1-3 with a road win in Washington, followed by three straight losses, including two against their AFC East division enemies Jets and Bills. Following their 27-14 loss to the Jets across the pond in London, when they managed only 226 total yards, including 59 on the ground, Joe Philbin was released from his head coaching duties and replaced with interim coach Campbell.

Campbell’s red-blooded approach has got a Dolphins team that looked nothing short of terrible playing inspired football. They have scored a combined 82 points in Campbell’s first two games, going 2-0, after scoring only 79 in their previous four games.

Dolphin quarterback Ryan Tannehill took a step in the right direction last Sunday in their 44-26 win over the Houston Texans, hitting on 18 of his 19 pass attempts for 282 yards and two touchdowns en route to recording a perfect passer rating of 158.3. However, it has been the resurgence of the running game that’s been the difference. The first four games of the season saw running back Lamar Miller run for 131 yards, but he has ran for 288 in the last two since coach Campbell mixed up the game plan.

We cannot forget their opponents though. The undefeated Patriots and Tom Brady have looked like they are on a mission after an offseason that was filled with hot air. One of five teams left without a loss, the New England Patriots are coming off a hard fought 30-23 win against AFC East adversary New York Jets this past Sunday.

They needed two fourth quarter touchdown passes from Brady to seal the deal after the Jets scored early in the quarter to go up 20-16. The Patriots quarterback found his favorite target Rob Gronkowski for the game winning score with just over a minute left to play.

New England’s offense are near the basement in rushing yards at 83.7/game but currently rank second in passing yards per game at 327. This is good news for the Dolphins as their pass defense ranks at #14, giving up 241 yards/game, while their rushing defense ranks 30th allowing 129 yards/game.

Last year’s matchups between these two produced totals of 53 and 54 and that trend will continue in this one. Take the OVER with confidence. To find live lines, please visit our website for up to the second updates of all sports.