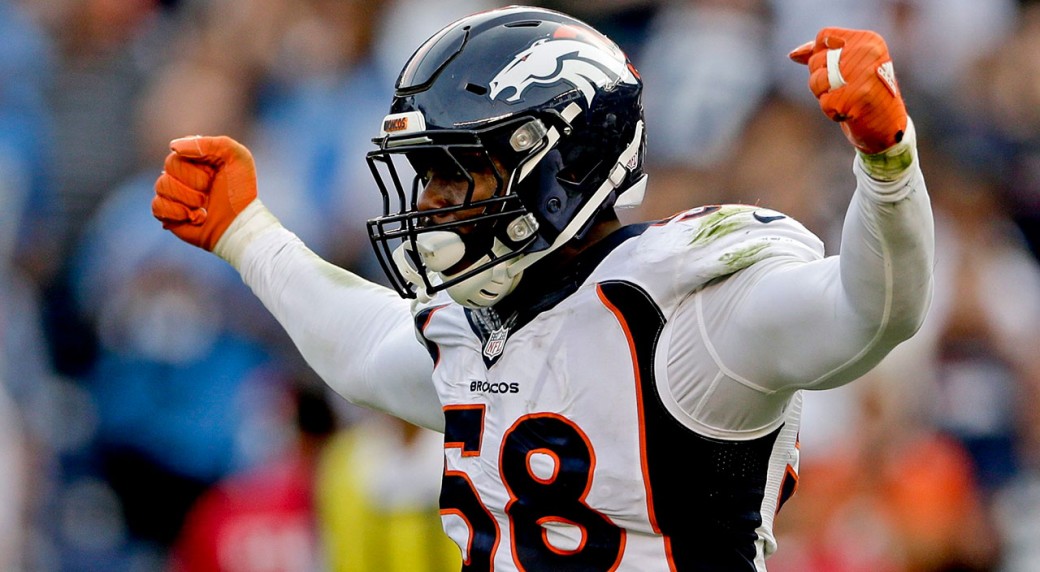 Beat the Clock and Break the Bank can both describe the Von Miller New Contract that just got in under Friday’s deadline.  Good morning and welcome back to APEX Football Betting.  Offensively, Denver regressed by their lowball efforts with Brock Osweiler.  However, most credit their stellar defense with taking the title.  Bronco’s GM Elway was trying to craft a contract with Von Miller early on that could be coined as thrifty.  Miller rejected the initial offer and a high stakes game of chicken ensued this summer.  Yesterday, the Broncos blinked.

This new eye popping figure is worthy of its own headline.  Six years and $114.5 is good but the guaranteed portion of the deal is particular of note.  $70 million dollars.  Von Miller is expected to sign the dotted line before the 2pm deadline on July 15th.  This now makes him the highest paid player on the field at any position besides quarterback.  Only Andres Luck and his $75 million has ever had more money guaranteed to him.

What This Means : Season Win Futures

The sportsbooks recommended by APEX Football Betting have the Broncos at a projected 9 1/2 wins.  With the chalk at most locales at the +130/-150 level, there is a tad more optimism now to avoid the chalk and go over.  Doomsday has not hit Denver with the Miller drama.  Now that he has gotten paid, the other players in the franchise sees that their is hope that they might too and stay in Denver should they prove to be productive.  The defensive brand of football that the Mile High City brings could get to double digit wins this season.

Look for the landscape to become static after the finish line is reached at 2PM today.  No more new deals can be signed after that for the stretch up to opening day for existing players on their respective teams.  Denver has proven their merit on the football field.  Today, they demonstrated that they can do what it takes to keep top tier talent.  Good fortune and we will see you next time here at APEX Football Betting.