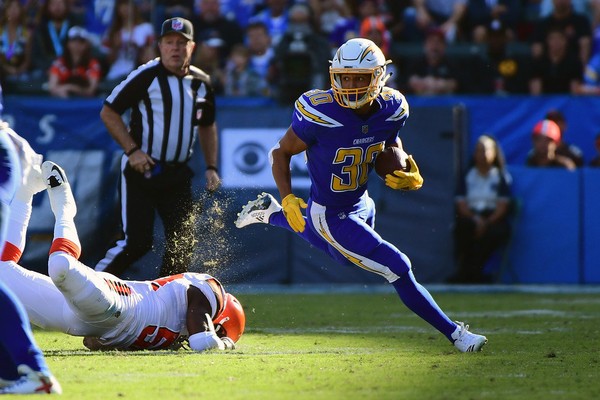 It’s been proven time and time again that you need a franchise quarterback in order to win a Super Bowl. There are a few times that teams have bucked that trend over the years, but they are few and far between. The Los Angeles Chargers have their own franchise quarterback, but at 35-years old this season, he won’t be around long. The Super Bowl window is closing on the Chargers as their franchise QB gets closer to retirement every day.

Make some money during this football season and win more bets. It’s time to brush up on your football betting basics.

Talking about the Chargers’ Super Bowl window may sound a little off the mark after back to back bottom-10 finishes, but you’d be surprised what can happen when a team gets healthy. Talent hasn’t been the issue for LA’s newest team. The Chargers have a terrific up and coming defense and one of the best secondaries in the league… when they’re on the field. That’s been their issue, getting all their best players on the field at the same time. As we creep towards training camp Los Angeles has a healthy roster and should be considered a legitimate contender.

Want to know who else is a contender in 2017? Check out the best games in the Week 1 NFL schedule.

The biggest limiting factor for the Chargers is time. Philip Rivers has been a mainstay in San Diego for the last decade and a half and now he moves to LA, but for how long? Rivers was a vocal opponent of the move to LA before it became imminent and now you have to wonder how long this country boy will deal with city life before calling it quits. Will he stick it out through another season of building a championship-caliber team around him or will the losing get to him? If he does stick around, will his arm still have enough juice left to get the job done? Father time waits for no man and he certainly won’t wait for a mid-thirties quarterback who’s been pulverized time and time again the last few seasons.

Need to know where to bet? Here are the top sportsbooks for betting football.

So, time is running out on the Chargers and they need to finish their rebuild sooner than later. That means Melvin Gordon needs to continue maturing as a runner and as a football player in general. It means Keenan Allen needs to find a way to stay on the field. It means that rookie Mike Williams needs to have an impact from day 1. It means the offensive line needs to step their game up and it means Joey Bosa needs to take the next step become one of the best defenders in the league. LA doesn’t have time to wait for their next generation to develop if they want to win. The kids need to develop along the way. If they can’t, there’s no telling what the future holds for the Chargers.

The LA Chargers need to find a way to win before QB Philip Rivers hangs up the pads for good. Franchise quarterbacks are hard to come by — ask the Cleveland Browns — and who knows the next time the Chargers will find one. That’s why it’s important for them to win now and take advantage of Rivers’ talents while he’s still around.